“With all the recent talk of a planned sequel for the Beetlejuice movie this line of six issues is likely to have the biggest potential rise in value of all the 90's Harvey comics that they released.”

Hello to everyone. I'd like to start off by saying thank you to Ben and the entire team for continuing to produce this wonderful CPV resource for us all to share in. Ben asked me again this year if I would be interested in contributing another article, to which I gladly said "yes." I've been focusing the vast majority of my comic collecting time over the past year specifically on Harvey comics, so that publisher is going to be the focus of this article. And by the article's title I'm sure you've guessed by now that I'll be discussing Harvey's line of Beetlejuice comics specifically. Let's begin. 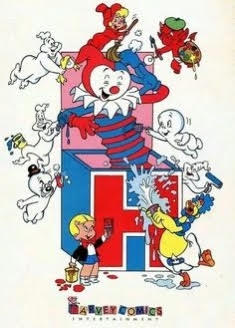 Between the late 1980s and the early 1990s, Harvey released well over 50 separate titles. The vast majority of those titles were ones that reprinted their older material, while the rest were completely new properties. As a quick refresher, Harvey ceased publication in 1982 and started up again in late 1986, which this time lasted until 1996 when they closed up shop permanently. While the old lineup of Casper, Richie Rich, Wendy and others were expected and well represented with lots of reprinted material for a new, younger generation to become familiar with, Harvey took a chance with new and unfamiliar titles and characters as well. All of these were based upon TV, movie, and cartoon characters of course, but it was still a dynamic shift for Harvey which for the past 30 years had relied almost exclusively on a handful of characters for its bread and butter.

Let's jump right to the 1990's, shall we? Big flashy science-fiction and fantasy movies and totally awesome cartoons defined pop culture for the most part. Comics at this point in time decided to jump on the bandwagon. DC and Marvel pretty much cleaned house when it came to getting exclusive comic rights to most TV and movie properties. So it's quite shocking to me that Harvey of all publishers got the rights to some pretty cool and popular shows and flicks -- even a hit music band. Saved by the Bell, Beethoven, Monster in My Pocket, Back to the Future, New Kids on the Block, and the best of them all, in my opinion, Beetlejuice. 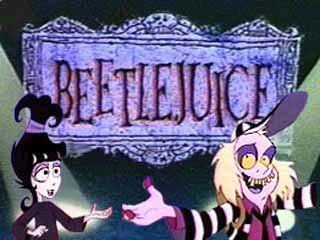 The Beetlejuice animated television series lasted approximately 100 episodes.
In March of 1988 Beetlejuice was released in theatres and was both a commercial and critical success. It was strange, interesting and crazy. It was so successful that it spawned its own animated television series which ran for over two years and lasted approximately 100 episodes. The line of comics that Harvey released beginning in 1991 was completely based off of that cartoon. Whether the Bettlejuice comic line was a success or not is not clear as Harvey never released sales or production numbers to the public. The line ran a total of 6 issues between 4 different titles. Let's discuss. 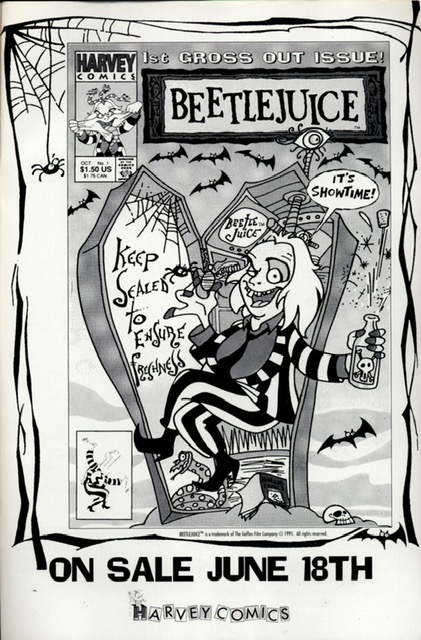 Promo for Beetlejuice #1.
In October of 1991 the first issue was published, titled simply Beetlejuice #1. This is the official first appearance of Beetlejuice in comics and it seems the most plentiful of the 6 issues. This issue has a direct edition, US newsstand, and a CPV newsstand version. Next up was Beetlejuice in the Neitherworld #1 released in the following month, November 1991. This book as well consisted of a direct edition, US newsstand, and CPV version. A few months later in February 1992, the Beetlejuice Holiday Special was released. The cover title is Beetlejuice "Horror Day" (with "Holiday" crossed out) Special #1, however CGC and others have every book titled as the "Holiday" special so either title would be acceptable. This issue as well is a "triplet" (direct/US newsstand/CPV newsstand). Later that year the last three issues would be released as part of a mini-series. September of 1992 brought Beetlejuice Crimebusters on the Haunt #1, followed by #2 in October 1992 and #3 in November 1992 (which for #2-3 CGC denotes as "Beetlejuice Elliot Mess and the Unwashables" instead of "Beetlejuice Crimebusters on the Haunt"). All three issues of this mini-series only had direct and multi-price newsstand versions printed, no CPVs. So to tally that up, 3 of the 6 total Beetlejuice comics printed have Canadian Price Variants -- not that many for a CPV competionist to collect. 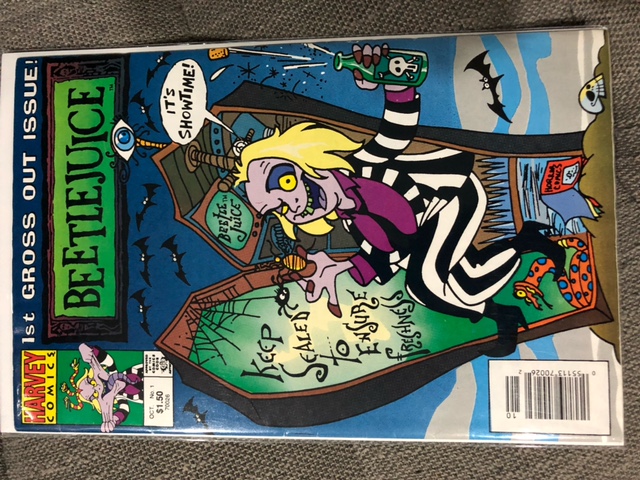 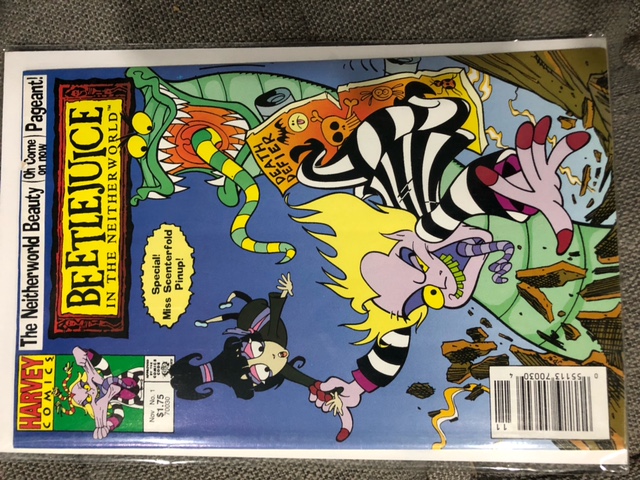 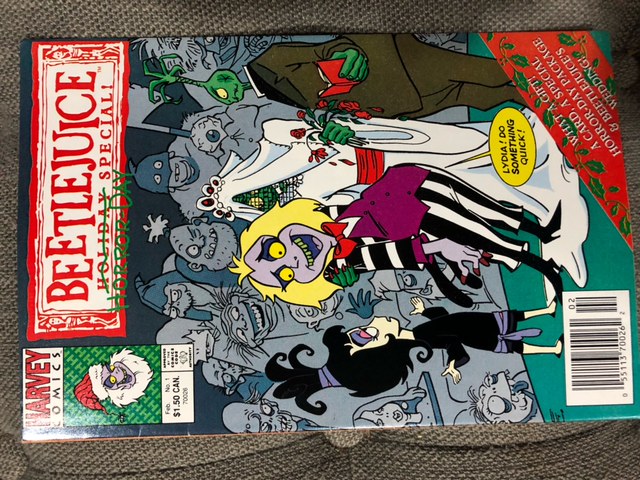 And if anyone wanted a thorough and complete set of ALL Harvey Beetlejuice comics it would total 15 comics in all: Triplets for each of the first three issues, and direct and newsstand for the last three. There were no other Beetlejuice comics printed by any other publisher as far as I've been able to determine. Overstreet doesn't even list the Neitherworld #1 nor the Horror Day Special #1 in their price guide (definitely time to fix that if anyone from Gemstone is reading). 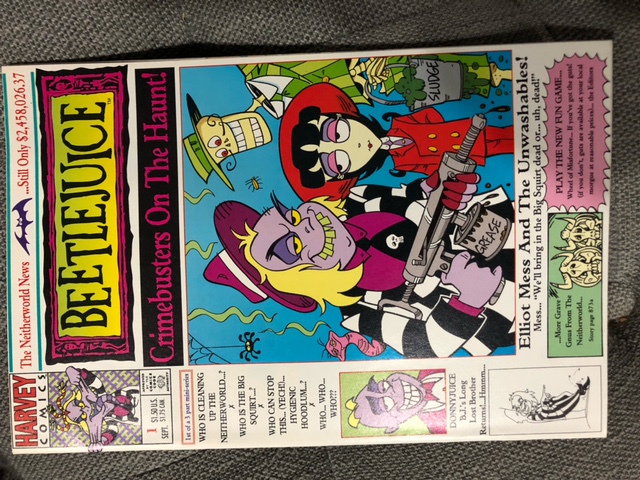 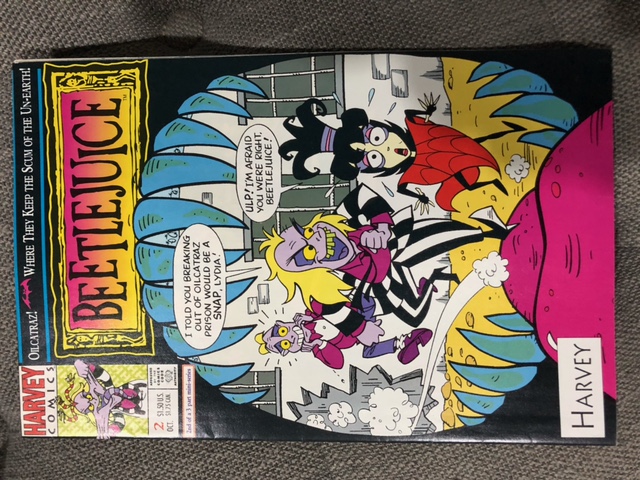 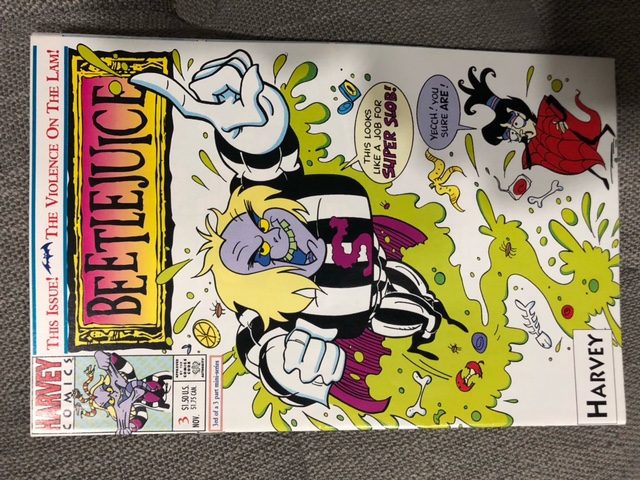 Beetlejuice Crimebusters on the Haunt #1-3 (direct editions; click any picture to enlarge) 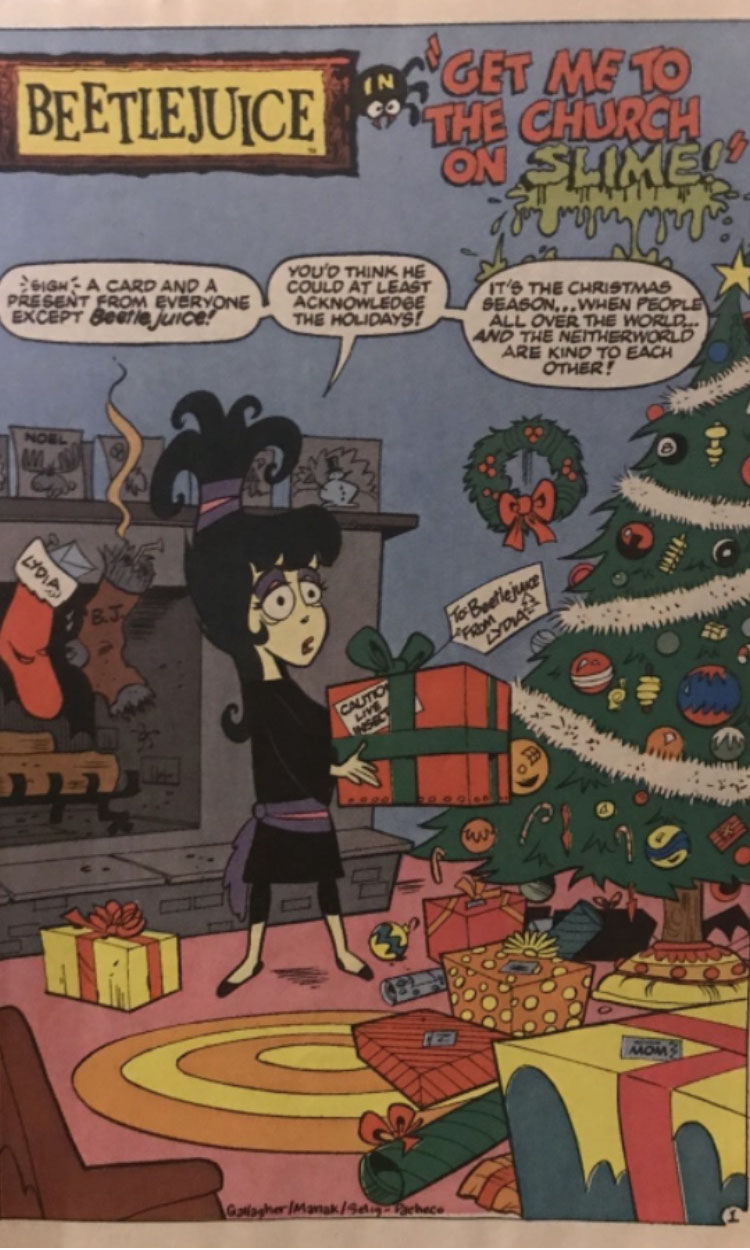 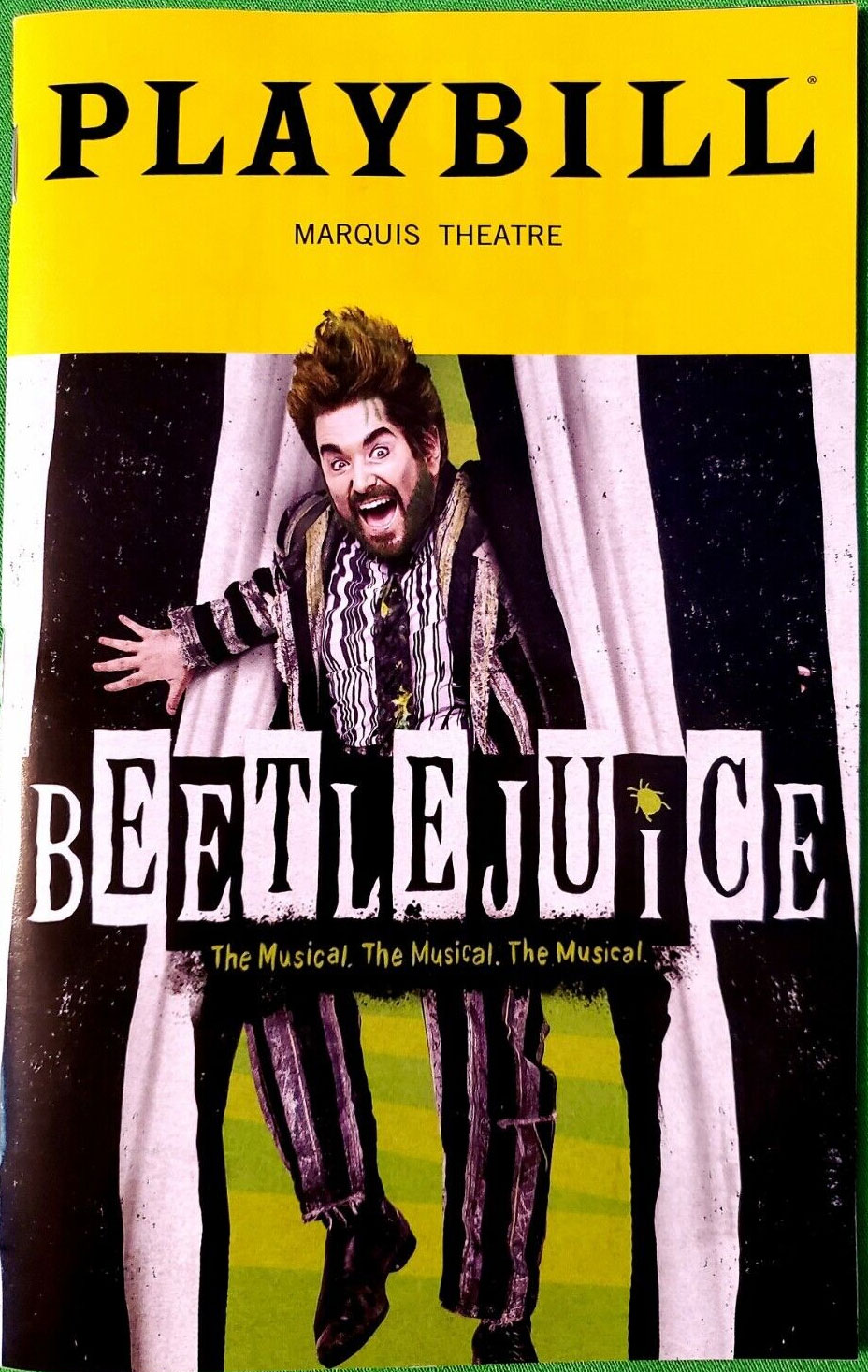 The Musical, The Musical, The Musical
These were all simple and basic calculations so please don't take any of this as gospel. What this info does help show us is that the first issue of Beetlejuice is by far the most bought and sold of the six. It also appears that issues #2 and #3 of the mini-series are not only more difficult to come across, but sellers are asking quite a bit for each issue (go do a quick eBay search for both and you will see what I mean). Though not listed in Overstreet as such, I'm assuming there was a much lower print run on each of #2 and #3 just as there could be on the last issues of any other title. For once Overstreet seems to be spot on in their valuations, at least for Beetlejuice #1 and Crimebusters on the Haunt #1 at $30 and $25 for 9.2's. With all the recent talk of a planned sequel for the Beetlejuice movie this line of six issues is likely to have the biggest potential rise in value of all the 90's Harvey comics that they released.

To sum up this article, Beetlejuice is one of the most unique and odd characters any of us have ever come across. Between the movie, cartoon, toys, t-shirts and even a Broadway musical, the comic book somehow was completely forgotten about by everyone. More likely I believe, not many knew it ever even existed. Harvey being the company that produced the comic line was more than likely the real culprit. It vanished soon after Beetlejuice was released, which if you really think about it, makes Beetlejuice an actually true "Hidden Gem!"

« Back To MARKET REPORTS & ARTICLES

The information within CPVPriceGuide.com is presented on a best-efforts basis, but none of the included information is guaranteed to be free of error and therefore you should use this guide only as one tool among your comics research tool-belt, and you should verify information with other sources before acting. Please read the full methodology & guide usage information. Our latest price guide edition of our comprehensive guide to Canadian Price Variant comics is the 2021 Edition, published December 2020.